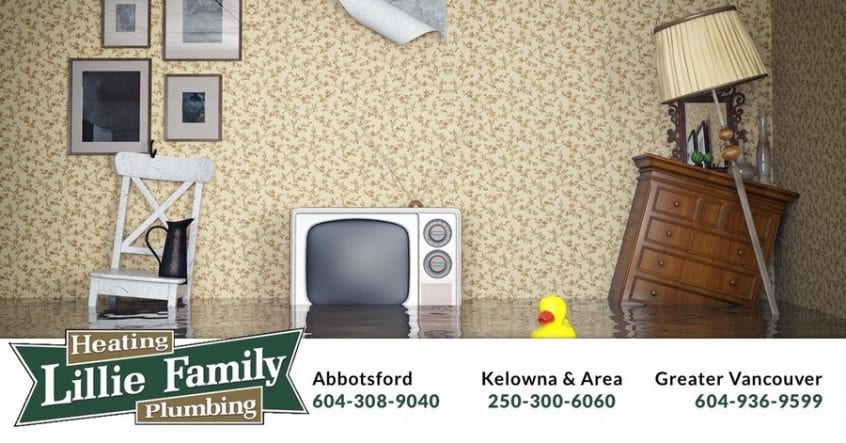 There’s no doubt that most homeowners take a great deal of pride in their DIY abilities. If you’re a homeowner, or just someone who likes to take care of things on your own to save time, money and possible headaches in the future, then you know the feeling we’re talking about. There is nothing quite like that sense of satisfaction you feel after successfully completing a task with your own hands. There is also nothing like the sense of dread and stress you get when a job goes horribly wrong at home. To help you avoid making some potentially dangerous and disastrous DIY plumbing mistakes at your home, we’ve gathered a few examples of things you should avoid when making plumbing repairs or installations at home.

Sometimes little mistakes that are quickly fixed are something you and your family can look back on with a few laughs. There are other times where even a minor mistake is no laughing matter. We were recently made aware of one homeowner’s attempt to install their new washing machine in a location where gas lines were located next to water lines. Everything seemed to go smoothly, as the hot and cold water lines were connected to the back of the washing machine. The only problem? One of the lines wasn’t carrying water to the washer, it was carrying natural gas. Luckily the homeowner immediately smelled his mistake after turning the washer on for the first time, closed the gas line and called a plumbing expert like the ones at Lillie Family Ltd. Had he not noticed however, this simple mistake could have led to a costly and dangerous disaster.

Other little plumbing mishaps can occur when completing tasks out of sequence. A couple was recently remodelling their shower, which included new tiles and a new water valve to go with their new shower fixtures. As the wife was upstairs finishing the grout on the tiles, her husband decided to reopen the water main valve downstairs, since the new shower valve had already been installed. This resulted in an unexpected shower for the wife, and a lot of wasted grout, as the valve was in the open position, and had no handle attached. As far as we know they’re still married! But this little mishap that resulted in wasted materials and an unhappy, thoroughly soaked wife!

It is always important to make sure you’re familiar with the materials you’re working with, especially when it comes to plumbing. This will not only save you time and money, but you’ll be able to rest assured that nothing will suddenly spring a leak on you at a later time. Unfortunately, a couple of fellas weren’t entirely familiar with what glue to use on ABS drain pipes. Instead of purchasing the correct adhesive for the drain connections, they ended up grabbing the rubber cement which was kept in a similar container on the adjacent shelf at the store. As soon as water started running through the drain, every joint had sprung a leak. This meant having to drain and dry everything before finishing the job a second time with the proper ABS adhesive.

While most of these examples of plumbing disasters to avoid may seem fairly obvious, they’re little mistakes that anyone who isn’t familiar with proper plumbing repair techniques can easily make. Fortunately, in most cases these disasters were avoided before they became major issues, but they would have never occurred at all with help from a certified, detail oriented professional plumber like the ones at Lillie Family Ltd. So next time you’re thinking of making some DIY plumbing repairs or installations, you might want to save yourself from a lot of trouble, and the likelihood of encountering some raw sewage, by calling in a plumbing expert. To find out more about how Lillie Family Ltd can help you take care of any plumbing job around the house, big or small, give us a call, or contact us online today!